Walking around in wet boots is not only uncomfortable it is unsanitary and a good way to get blisters at best and trench foot at worst. You can air-dry your boots, but sometimes it’s too humid for that to happen quickly enough without mildew setting in.

It is often recommended that you stuff your shoes with newspaper to help them dry, but who reads newspapers anymore? Don’t use magazine pages as they’re too slick to absorb moisture.

Using your smartphone to dry your shoes is just plain stupid. Even if you do everything you can to get your boots to air dry the right way, it can literally take all day. Could a boot dryer be the answer to your problem?

What Is A Boot Dryer?

A boot dryer consists of tubes that gently force air and one hundred and five-degree heat to remove moisture from shoes and boots placed over the tubes. This prevents the growth of bacteria and fungus that can cause bad odors and deteriorates footwear in time. Some models will work on gloves as well.

How Does A Boot Dryer Work?

Many of them use silent thermal convection. This means it first takes room temperature air through the rear vents on the dryer. Next, a low power heating element (around eighteen watts) inside each tube warms up the air which then rises up to circulate all through your footwear. This dries the boots or shoes overnight. You don’t want to use a device that relies on forced hot air as that can dry out leather and permanently ruin shoes.

Benefits Of A Boot Dryer

the purpose of a boot dryer, of course, is to dry your boots. Dry boots mean no odors caused by the bacteria that feed on perspiration. Some models use an ionization technology that removes contaminants like viruses and mold that can lead to skin irritation as well as deterioration of the material. Warding off mildew and moisture extends the life of your footwear.

Are Boot Dryers Bad For Boots?

As long as the air they expel is just fairly warm and not hot enough to do damage, they should be fine. You want the leather to dry off not dry out. Most well-made dryers have this in mind.

As long as you buy from an authorized vendor you could be making a good investment on something that will keep your boots in good condition for a very long time.

They do. If used properly, boot dryers can work very well. Some of them may work in different ways, but the end results are always dry boots. Different boot dryers may use different technology, but every one of them is engineered to speed up the drying process of wet shoes and boots.

Some will work on sports equipment and other garments. You may even find some designed for gloves that are shaped like human hands. (Personally, I find them kinda creepy.)

Many of these machines can and do kill and control not only bacteria but mold, fungus, and odors as well. This will both lengthen the life of your boots and keep your feet healthy.

Some will, some won’t. It depends on whether they’re equipped with fans or other moving parts.

How To Turn On A Boot Dryer?

All you have to do is plug it in and hit the button. It should reach its maximum temperature in about ten minutes. It will get quite warm but not very hot.

How To Use A Boot Dryer?

It’s quite simple. Once it’s warmed up, just put your boots or shoes over the tubes and leave them. In a few hours, your boots will not only be dry but toasty warm, like socks out of the dryer.

How Long Do Boot Dryers Take To Work?

Depending on just how wet the boots are, it can take anywhere from three to eight hours.

Can You Leave A Boot Dryer On All Night?

You can. It does not consume that much energy so it won’t cost you much to leave it on all night if you want to catch some sleep while your boots dry. Some manufacturers suggest leaving it on all the time, though that strictly isn’t recommended. You may want to keep it off the floor so air can flow through it.

Can A Boot Dryer Catch On Fire?

Boot dryers are no more apt to catching fire than the average hairdryer. It is, after all, an electrical appliance. However, do keep in mind that fire prevention is better than finding a way to put a fire out. Follow these standard safety tips:

Some boot dryers are propane powered. Heat your feet, not your meat. To keep propane-fueled dryers from catching fire, you can follow these safety tips:

How Much Electricity Does A Boot Dryer Use?

The current is very small. Most of them run on only thirty-six watts or so. That’s less than most light bulbs. 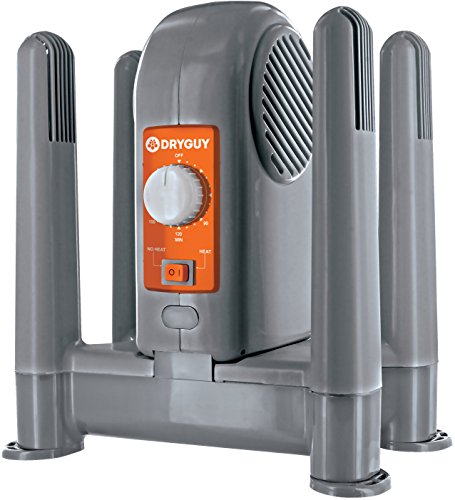 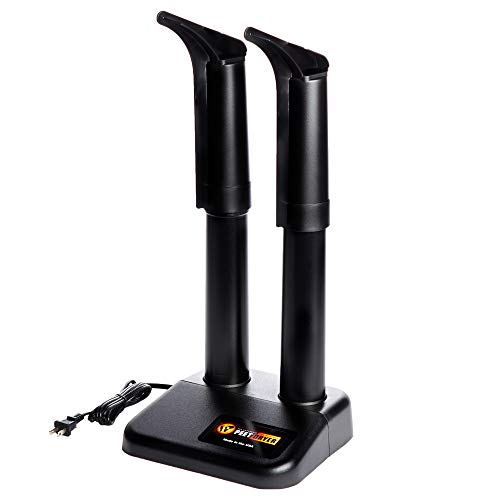 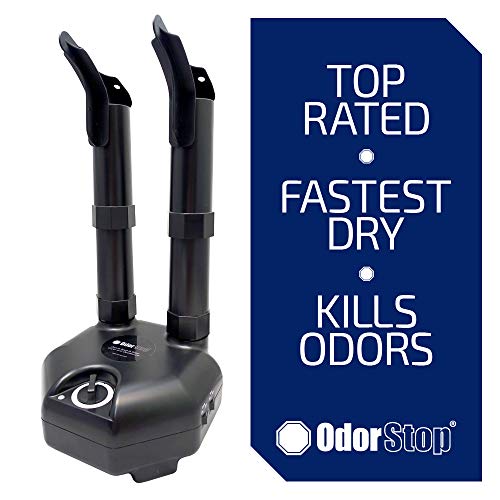 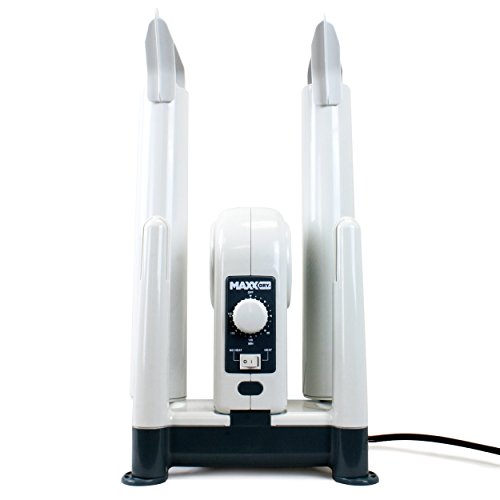 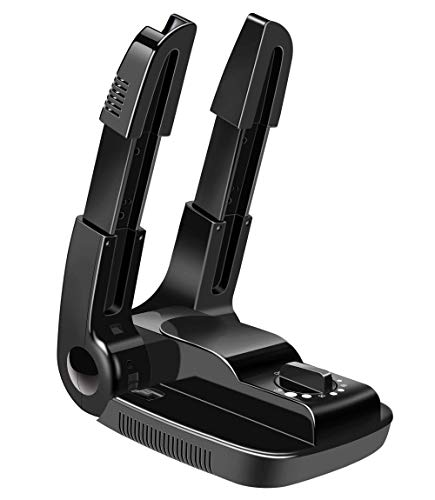 Feel like making your own? Your mise en place for this project will include a jigsaw, a Dremel rotary tool, a drill and drill bits, sandpaper, a wood rasp, a wire cutter or stripper, and a half-inch thick plywood.

Begin with boring paths for the pipes to run through the box top. Drill six two-inch holes in a sixteen by a sixteen-inch sheet of plywood. Cut four sixteen by six-inch sidewalls.

Remember to leave two edges short to allow for the plywood thickness. Saw a circular hole in one side big enough for the fan. Cut a hole in another side for the light-switch box.

Cut a six-inch length of PVC for every boot you’d like to dry. Drill several three quarters and half-inch airflow holes in each six-inch pipe. Place a smooth coupling over the pipe, leaving one inch exposed.

Put a cap on the other end and slip the open ends into holes in the box top. Use the one-inch screws to attach the plywood sides into a square. Take care to leave the top open. Seal up the inner side joints with caulk.

Put in a bulb and test the connections. Fasten the box top using the one-inch deck screws. Wet boots and gloves place on the pipes will dry adequately in just a few hours.

How Do You Dry Boots Without A Boot Dryer?

An ordinary fan with no heat will do it. It will just take a little longer, possibly overnight. Wrapping them in towels will also help. Be careful not to use a strong heat source as this can damage the leather.

Are Boot Dryers Worth It?

Only you can really decide that. Many people who have purchased a dryer find them to be very useful for getting boots and other articles dry.

Always keep in mind that you want your boots dry but not dried out. Wearing wet boots is not only uncomfortable but bad for your feet as well. Mold and mildew can damage your boots and make them smell awful. A boot dryer may be just what you need to get dry and slightly warm boots.