Chelsea boots are a classic wardrobe staple. You can dress them up, dress them down, or wear them everywhere you go for a comfortable, snug fitting boot. Trust us on this one, if you haven’t already got a pair of chelsea boots in your wardrobe, then you will need to get some.

Chelsea boots are incredibly popular. Whether you wear them shopping around town, or with a nice pair of cigarette pants and a shirt, they always give a look of opulence and luxury. If you are thinking about getting a pair of Chelsea boots for yourself, then you will first need to know exactly what they are, how Chelsea boots fit, and how to wear them.

What are Chelsea boots?

Chelsea boots are small ankle boots with an elasticated top for an easy pull-on style. They are called Chelsea boots because of their increased popularity in the affluent and trendy Chelsea area of London during the fifties and sixties.

However, these types of boots have been around for a long time! The original Chelsea boot was designed by Queen Victoria’s royal cobbler around 1837.

They were then known as paddock boots as they saved time because of the elasticated sides, so that you could just pull them on and off. They then became a hit for walking and riding for both men and women to wear and have since become the essential footwear for country and equestrian life.

Chelsea boots later became the ‘it’ shoe for young Londoners during the fifties and sixties, wearing them as a fashion statement during the mod movement. Since then, the shoes have spread around the world, becoming popular in countries all across the globe.

Their design has barely changed, as an ankle boot with no laces, and elastic panels at the sides that you can just pull off. The shoe itself is streamlined, slim shaped and is often made from leather, with a pointed toe and a low heel.

How do Chelsea boots fit?

If you want a pair of these trendsetting shoes, then you will need to know whether they will fit you perfectly. Chelsea boots have no laces, and so you will need them to fit properly, as you cannot tighten them.

For the most part, Chelsea boots fit true to size, and you should order your correct size, and not a bigger one. There is no need for you to size up or down, as these boots should fit snugly to your foot.

If your Chelsea boots are a little too big, then try wearing an extra pair of socks. There should be no gap between the boot and your ankle, as the elasticated sides should fit around the natural shape of your feet. They normally come with a loop at the back of the boot to help you slide your foot in, and stick them on.

How to find the right size Chelsea boots

When shopping for Chelsea boots, you will need to be prepared. Make sure that you wear the right thickness of socks when you try the boots on.

This means wearing the normal size socks you would when wearing boots, instead of thinner socks that you would not normally wear with boots. If you wear thin socks when trying on Chelsea boots, they may end up too small when you actually go to wear them!

In addition, make sure you take your insoles with you if you normally wear them. Put them inside the boots, and ensure that you have a snug yet comfortable fit.

When actually trying on the Chelsea boots, make sure that you do not force your foot in, the elastic will stretch but it should have a little resistance against your foot when putting them in.

Once your foot is inside, the elastic should be touching your ankles. This does not mean that the boot is too tight, as this is what holds the boot on and in place when you are moving.

You should always try to walk around the store with the boot on to ensure that it fits nicely. You should feel a little slip at the heel, but this will go away once you have worn them a few times.

In addition, your toes should not be touching or pinching at the front of the boot, but there should not be a large gap there either.

If you are ready to take on the trend for yourself, then get some Chelsea boots! These are available at most footwear retailers around the world, but you can find some beautiful pairs online.

We recommend trying the Dr. Martens Uniset Chelsea Boot for a versatile look that can be worn anywhere! 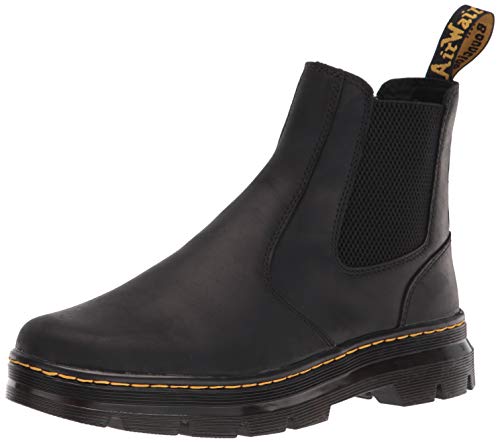 For men, you can try these black Chelsea Boots 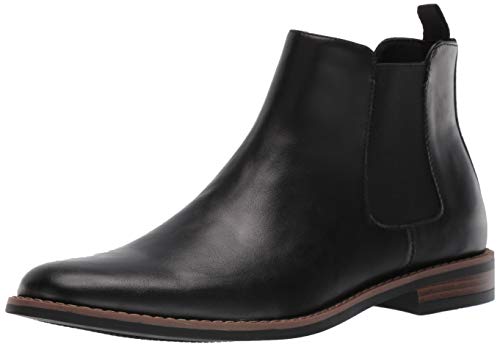 or a sleek, suede pair of chelsea boots. 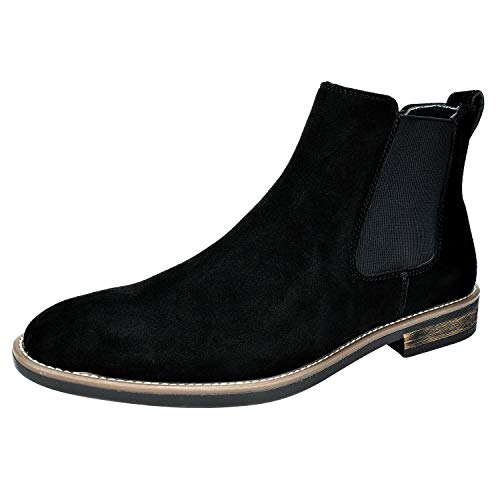 Others prefer a stylish tan colored leather chelsea boot, which you can find for men: 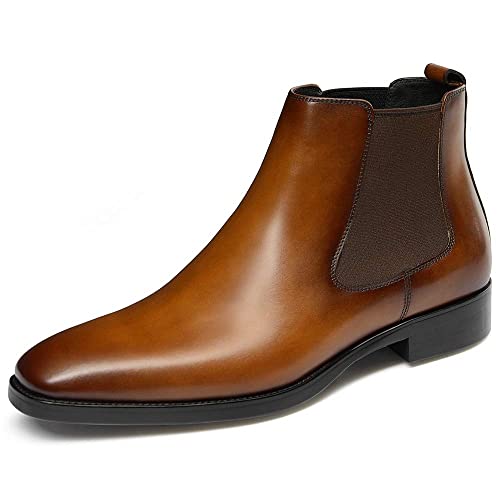 and women for a simple, smart, chic look that goes with everything!