Why call a boot company Thursday? It’s technically a weekday, right between Hump Day and TGIF. It’s a day to go about your business, but with weekend plans in mind. Thursday boots can really be worn any day of the week.

They were designed to be the ideal boot. Not too clunky, not too delicate. Not too expensive, but not some cheap thing that will fall apart easily either. The result is fashion with function and a quality product without an exorbitant price.

The founders of Thursday Boot company are Connor Wilson and Nolan Walsh who met while they were students at Columbia Business School. They quickly became friends and went into business together, recognizing a potential market for boots that were as comfortable as they were stylish and durable.

In late 2014, Connor and Nolan brought the Thursday Boot Company to Kickstarter where they raised over $275,000 for the company’s launch. Just a bit over a year later, thousands of pairs of boots were being sold every month.

Six years later, Thursday boots have a rave review in InStyle magazine and have revenue of two million dollars. For a six-year-old company with only ten employees, that’s not bad.

Where Are Thursday Boots Made?

The majority of the Thursday Boots are made in León Guanajuato, Mexico. According to Wilson, it was because “They had the same philosophical priorities we had in terms of ethical sourcing, fair labor, and high-quality goods.”

They tried to manufacture in the U.S. and Italy, but the compatibility just wasn’t there. They do have some factories in Porto, Portugal, and Alicante, Spain as well as Arkansas With the exception of the Italian cordovan; all of the leather used in the boots is from the United States.

How Are Thursday Boots Made?

The founders of Thursday boots pride themselves on being responsible and ethical in their manufacturing process. The leather is responsibly sourced, the environment is not damaged in the process and most importantly, there is no sweatshop labor involved.

It really starts with the customer. Many think it ends with the customer, but Thursday boots first find out what people want in a boot and then design it. Once the design is approved, it goes to the planning and sourcing stage.

In culinary terms, this would be the mise en place of collecting everything needed to make the boot. When the materials come in, they are inspected for quality. Only the best parts get put into the pattern.

The edges are flattened so that they’re not too thick when stitched together. Everything gets stitched together, the eyelets hand-punched and then molded to a last. Excess leather is trimmed and a ply rib layer is added to provide the boot with a border for a supportive layer. A steel shank is cemented in with liquid cork. When the cork dries, it is sanded evenly.

The midsole and outsole are added. A Goodyear welt reinforces it. The sole is trimmed and a footbed put in. The boots are given a shine up with some finishing cream and laces are added. There’s one more quality control check and off to packaging before getting sent to the store.

What Are Thursday Boots Good For?

The boots are of a classic style that is suitable for just about any event. Thursday makes boots that are suited for all seasons. What they’re good for is…just about anything.

How Comfortable Are Thursday Boots? 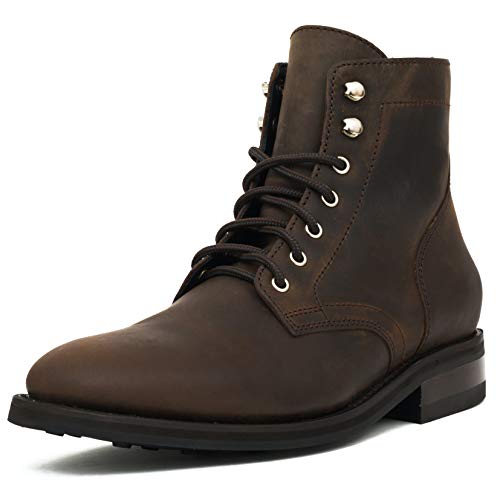 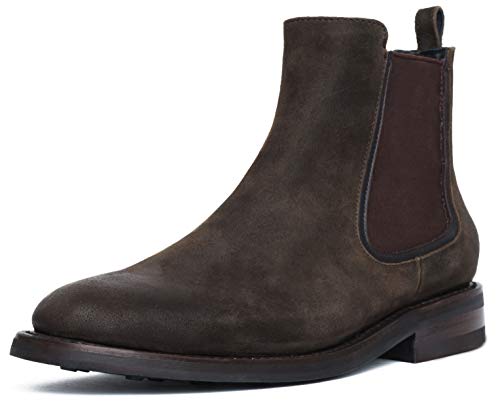 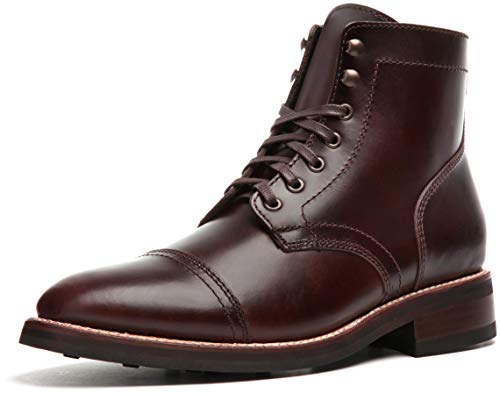 They are water-resistant at least. Products made using welt construction will come with a leather welt layered between the upper and the sole. This aids in creating a barrier against water from entering the shoe. The suede models should perhaps be kept away from water.

Redwing has a reputation as being a tough and chunky boot for someone who works outside. It’s also got a reputation for being on the pricy side. Thursday is less expensive and more versatile.

Booth boots are quite similar. Allen Edmonds is the more casual boot. Thursday can be dressed up a little.

It’s a close one, but Taft wins out due to their shipping and returns policies plus more offers and discounts. Thursday may want to take notes.

How Should Thursday Boots Fit?

They should be snug, but not to the point of being uncomfortable.

How To Break In Thursday Boots?

Most of their boots do not have much of a break-in period. Some of the more durable leather models may need quite a few wears before they really feel broken in.

How To Clean Thursday Boots?

Start by unlacing your boots and shake them together to loosen up any excess dirt. Next, wipe down the Thursdays with a clean, dry rag to take out any dirt on the surface. Apply the leather balm with a dry rag until the boot is lightly covered. Buff the boots well with a brush. After five or ten minutes of drying time, they’re good to go.

How Long Do Thursday Boots Last?

They can handle a good year and a half of hard and heavy use before any strain starts to show. Taking care of your boots will make them last even longer. The company itself is only six years old, so only time will tell if their boots are durable enough to last for decades.

Are Thursday Boots Worth It?

Two hundred dollars for a pair of boots that won’t even start to split a seam after a year and a half of hard use looks like a good trade.

As of now, Thursday Boots only has two brick-and-mortar stores and they’re both in New York City. The boots can be purchased on Amazon but most purchases are made through Thursday Boot’s online store. They are a direct-to-consumer company with a good product. These are premium boots without the premium price.